Liverpool is a city perhaps best known for their Premier League football team, their unique accent, and their rich industrial history. One aspect of Liverpool’s culture that can confuse some people is what’s known as ‘banter’, which usually takes the form of somebody making light-hearted fun of you - the equivalent term in the United States is ‘roasting’. This can make those not from the UK feel attacked or offended, but it’s a typical way of having fun between friends, so just be prepared to give some back! The city offers reliable public transport and a reasonably low cost of living compared to many regions of the UK, as well as a series of universities that are rated among the best in the world. 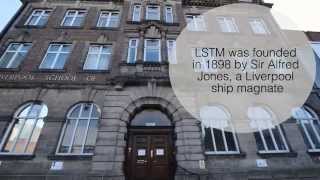 The City of Liverpool College

Student Opinions About Studying in Liverpool

“There’s a lot to do here in your free time, and although Liverpool’s bar and nightlife scene is particularly good there’s a lot more than that on offer. The stereotype is true that people here generally have such a good sense of humor, so meeting new people is much easier than some of the socially stricter places in the UK.”

“The city centre is mostly for shopping and going out for lunch or dinner, so I prefer to spend my time on Lark Lane, which is something of a local secret among the student and young professional crowd. It’s a little bit of an alternative area, and you can meet people from around the world there.”

Living costs for students in Liverpool:

Map with location of universities in Liverpool The Guardian News and Media Limited

The Times and The Sunday Times